Pope Francis says, "We need constantly to contemplate the mystery of mercy. It is a wellspring of joy, serenity, and peace. Our salvation depends on it. Mercy: the word reveals the very mystery of the Most Holy Trinity. Mercy: the ultimate and supreme act by which God comes to meet us. Mercy: the fundamental law that dwells in the heart of every person who looks sincerely into the eyes of his brothers and sisters on the path of life. Mercy: the bridge that connects God and man, opening our hearts to the hope of being loved forever despite our sinfulness.

The Holy Year opened on 8 December 2015, the Solemnity of the Immaculate Conception. This liturgical feast day recalls God’s action from the very beginning of the history of mankind. After the sin of Adam and Eve, God did not wish to leave humanity alone in the throes of evil. And so He turned His gaze to Mary, holy and immaculate in love (cf. Eph 1:4), choosing Her to be the Mother of man’s Redeemer. When faced with the gravity of sin, God responds with the fullness of mercy. Mercy will always be greater than any sin, and no one can place limits on the love of God who is ever ready to forgive.

Pope Francis opened the Holy Door of St Peter’s Basilica to officially welcome the Jubilee Year on the Solemnity of the Immaculate Conception. The Holy Door becomes a Door of Mercy through which anyone who enters will experience the love of God who consoles, pardons, and instils hope.

The Jubilee Year’s theme is: “Be merciful, just as your Father is merciful.” It serves as an invitation to follow the merciful example of God who asks us not to judge or condemn but to offer love and forgiveness instead. In the parables devoted to mercy, Jesus reveals the nature of God as that of a Father who never gives up until he has forgiven the wrong and overcome rejection with compassion and mercy. We know these parables well, three in particular: the lost sheep, the lost coin, and the father with two sons (cf. Lk 15:1-32). In these parables, God is always presented as full of joy, especially when He pardons. In them we find the core of the Gospel and of our faith, because mercy is presented as a force that overcomes everything, filling the heart with love and bringing consolation through pardon.

Jubilee Year of Mercy began on 8th December 2015—the 50th Anniversary of the closing of the Second Vatican Council—and concluded on 20th November 2016. Three pilgrim Churches, with "Door of Mercy", were designated by ​Rev. Bishop Sebastian Francis with “The Door of Mercy” at –

At the 2016 OMPH Parishioners' Retreat held on 3rd January at both the Haven Resort and OMPH church hall, Ipoh, members identified the 7 Corporal Works of Mercy and 7 Spiritual Works of Mercy as possible activities to be carried out during the Year of Mercy:

For explanation on the Jubilee Year of Mercy logo, click here... 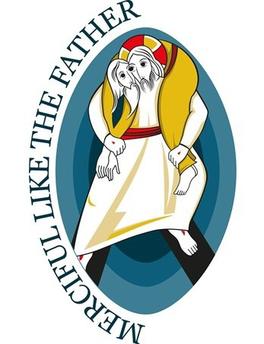 ​Our Mother of Perpetual Help Church, 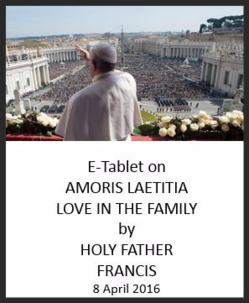