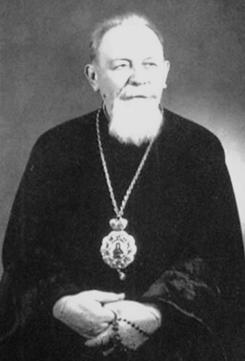 On 16 November 1928 Fr. Velychkovskyi arrived at the Redemptorist monastery in Kovel. There, he immediately became involved in missionary work among the Galician settlers, scattered throughout the Volhyn, Pidliashshia, Kholm and Polissia regions, who had departed from the Greek-Catholic Church and joined the Russian Orthodox Church. Along with this work among the Galician settlers, Fr. Velychkovskyi also organized missions for the local population of Volhyn, Polissia, and Belarus. Using financial support from Motropolitan Sheptytskyi and other sponsors, he founded several churches and chapels. In 1935 Fr. Velychkovskyi returned to the Stanislaviv monastery and became superior there.  Fr. Velychkovskyi continued his apostolic activity on a large scale, even though the Greek Catholic Church underwent persecution at the hands of the Soviets after their occupation of Western Ukraine in 1939.


​Having seized Galicia for the second time in 1945, the Soviet regime in just one night of 10-11 April arrested representatives of the entire Greek-Catholic hierarchy. On 26 July 1945 Fr. Vasyl Velychkovskyi was arrested in Ternopil - "for anti-Soviet propaganda", and was sentenced to death for two anticommunist phrases ("red horde" and "red gang") which occurred in a pocket calendar he had issued in Stanislaviv in 1939.  During the three months spent in a death row cell, Fr. Velychkovskyi continued performing his duties of a priest. Finally, the night came when the guards led Fr. Velychkovskyi out of his cell. He was informed that his death sentence was changed to a ten-year prison term. In the first two years of his term Fr. Velychkovskyi was in a prison camp in the Kirovsk region; later, he was transferred to the Vorkuta mines. Despite the exhausting work, Fr. Velychkovkyi celebrated the Liturgy almost every day - using tins for liturgical accessories. "That tin" - says Metropolitan Hermaniuk - "was his chalice, his dyscos, his altar, his church … and nothing was able to destroy his church, for it was [based on his] strong conviction and God's grace". Several months before his release, Fr. Velychkovskyi's fellow prisoner friends managed to arrange for him to work in the prison hospital rather than in the mines. This change saved his life - for his health had been ruined by ten years of imprisonment and exhausting labour. On 9 July 1955, Fr. Velychkovskyi was released. ​​After his return to Lviv, Fr. Velychkovskyi did not find any church or chapel where he could serve, but this did not discourage him. He occupied a small room in number 11 Vozzyednannia Street. Here, he built an altar out of empty cardboard boxes. The faithful visited Fr. Velychkovskyi in groups of five or six to participate in Liturgies. In 1959 the Apostolic See appointed Fr. Vasyl Velychkovskyi a bishop of the "Silent Church". However, a new arrest of Bishop Vasyl Velychkovskyi was made on 2 January 1969. This time the imprisonment lasted for three years; the term was served in Kommunarsk near Donbass and was the cause of a severe heart disease for Bishop Velychkovskyi.


Following the invitation of Metropolitam Maksym Hermaniuk, Bishop Velychkovskyi visited Canada. Unfortunately, his visit of the Ukrainian diaspora in Canada did not last for long. On 30 June 1973 Bishop Velychkovskyi died at the age of 70 having served as a bishop for 10 years. Taking into account the testimonies of Bishop Vasyl Velychkovskyi's virtuous life, and particularly his endurance, courage and faithfulness to Christ's Church during the period of persecution, the beatification process was started on the occasion of the Jubilee Year. On 6 April 2001 the theological committee recognized the fact of bishop Velychkovskyi's martyrdom. On 23 April his martyrdom was verified by the Assembly of Cardinals, and on 24 April 2001 Most Holy Father John Paul II signed a decree of beatification of Bishop Vasyl Velychkovskyi, a blessed martyr of our Christian faith.

Vasyl Vsevolod Velychkovskyi was born on 1 June 1903 in Stanislaviv (now Ivano-Frankivsk) to a family of the Velychkovskyi's and Teodorovych's, both of which had had a long tradition of priests in their families. Hence, Vasyl had a desire to work for the salvation of souls since his childhood. After his education, he joined the army to fight for independence of his motherland in World War I. In 1920, Vasyl Velychkovskyi entered the Lviv seminary. Thereafter he was ordained a deacon by Metropolitan Andrey Sheptytskyi in 1924. It was at that time that Velychkovskyi discovered his monastic vocation. With assistance from his aunt Monica, he joined the Redemptorist novitiate and a year later, on 29 August 1925, he professed the vows of poverty, chastity and obedience. He was ordained a priest on 9th October of the same year. Fr. Velychkovskyi then spent two years teaching at the Redemptorist gymnasium "Juvenate" and was later sent to Stanislaviv to conduct missions together with his more experienced confreres.